Bottom Up Aeration VS Surface Aeration

Aeration is the process of adding oxygen to water. It is key to keeping a pond healthy and clean. There are two types of aeration; bottom up and surface aeration.

Why Should I Aerate My Pond?

Bacteria require oxygen for respiration and play a key role in breaking down organic matter in water, reducing muck and sludge from settling on the bottom.

Fish need oxygen just like us. When oxygen levels get low, fish become sluggish and more susceptible to disease. The main cause of fish kill in a pond is a lack of oxygen. 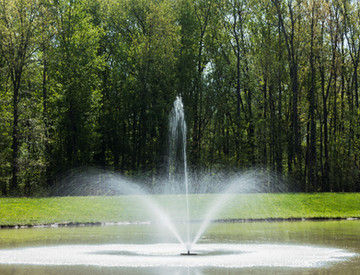 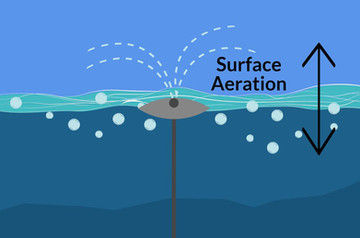 Surface aeration helps control top level algae and weeds, but does not aerate down to the bottom of the pond where oxygen is needed most.

Typically, water at the bottom of ponds is colder and contains less oxygen. This is called thermal stratification. If a pond is stratified, fish will hang around the top layers of a pond where there is more oxygen. If a wind or rain storm occurs and the stratified water is mixed, a mass fish kill can occur because destratification mixes the oxygenated water with the depleted bottom layers, lowering overall oxygen.

The bottom of ponds is also where dead organic matter like weeds, algae and other nutrient waste sink to decay. If there is no oxygen at the bottom of the pond to support the bacteria breaking down waste, muck and sludge buildup will occur, which might require costly dredging to remove.

The bottom line: surface aeration is an ineffective solution to keeping your pond healthy. 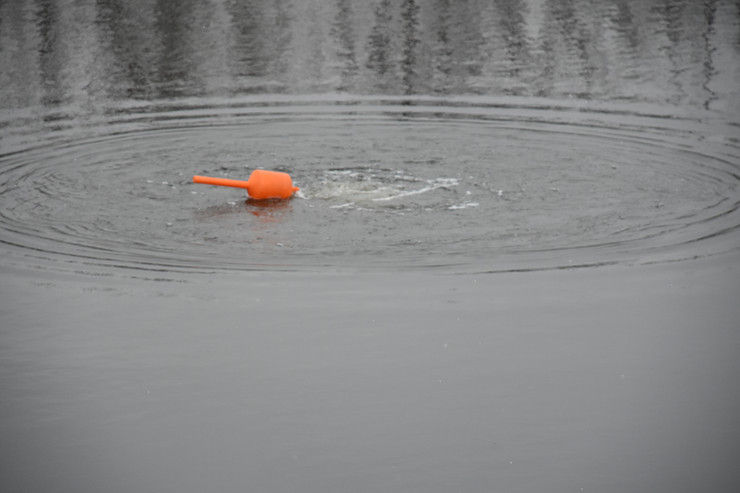 Bottom Up Aeration is 5 to 10 times more effective than surface aeration.

Bottom-Up Aeration Systems work by compressing oxygen and pumping it into the water through diffusers that sit at the bottom of a pond, lake, or dugout. Small bubbles rise up the water column and oxygen is transferred across the surface of the bubbles and into the water. This achieves total pond aeration from the bottom to the top regardless of the depth of the water. 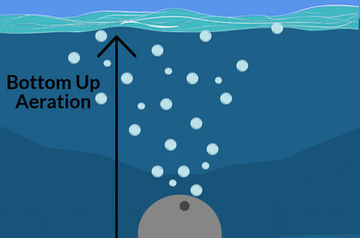 Oxygen is equally distributed from the bottom to the top which minimizes the risk of fish kill. High oxygen levels support bacteria, providing them energy for respiration to consume decaying organic matter. This helps keep water clean, improving health and color, as well as reducing muck and sludge buildup. Algae and weeds are also kept at bay.

Studies show the oxygen transfer rate for bottom up aeration can be up to 10 times higher than surface aeration.

For example, at 10 feet of water, up to 16% of the oxygen diffused can be dissolved into the water using bottom up aeration; at 15 feet, over 20% can be dissolved. The oxygen transfer rate using surface aeration typically ranges between 1.6 and 3.2%.

When you get down to brass tacks, bottom up aeration is the clear winner for treating ponds efficiently and effectively! See the summary chart below.